Lindsay Lohan Has 2 Stalkers, Says Michael Lohan, But Sam Lufti Is Not One 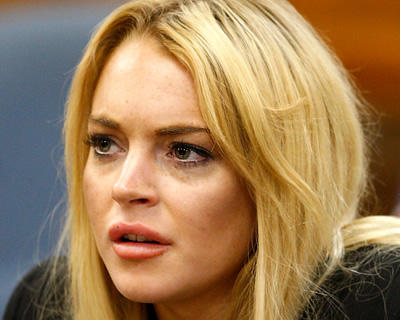 It seems Michael Lohan is working hard at playing the good shepard to rehabilitating daughter Lindsay Lohan – he says now that Sam Lufti did send Lindsay one text message but that he definitely not the stalker.  Michael says that it is 2 other individuals who are responsible for the evil texting and are causing concern for security at Betty Ford.  Michael says he has no idea how Britnay Spears former manager, Sam Lufti, got Lindsay’s cell number but that he did send her one text message.

Radaronline reports further Michael revealed: “I don’t know how Sam got Lindsay’s number but what I do know is that Sam Lutfi only sent Lindsay one text which said negative things about Dina.  “I don’t know what his deal is but I told him, ‘Don’t you ever text my daughter again.’

One thing remains clear, Michael is angling for control of Lindsay and he won’t be happy until he is dipping into the thick stream of her income.    Michael also revealed Lutfi texted Lindsay’s older brother Michael Jr. – stating that “Dina was doing the wrong thing.”  “I will not judge Sam or the things he is accused of but I know for a fact that a lot of it is lies, put out there by Britney’s.