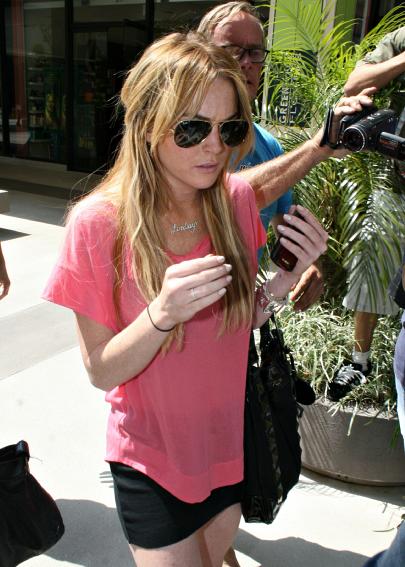 In a unique twist, Lindsay Lohan is seeking a restraining order against the paparazzi from following her when she is driving.  Originally the DMV and the Los Angeles County Probation Dept. signed off on Lindsay driving again – and Betty Ford agreed.

But the Betty Ford clinic then changed their mind when they realized that the paparazzi chasing her car would create a unsafe environment for her – and they are right!

TMZ reports – We’re told Lindsay emailed her lawyer this weekend — with pictures attached showing the paps following her — asking the attorney to go to court for the restraining order.  Sources say no decision has been reached on whether a restraining order is a viable option.  In the meantime, Lindsay is still stuck in park.

So Lindsay took the logical step of seeking a court order prohibiting paparazzi from following her car.  We hope she gets the order.

It is not right that anyone should be unable to safely go about normal business – like driving a car – without being dangerously harassed.  This sort of insane paparazzi car chasing is what cost Lady Diana her life after all.