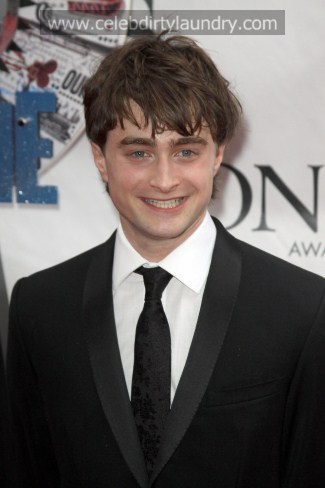 ‘Harry Potter’ actor Danielle Radcliffe has been so busy working he has failed to keep up with the current music scene and has now given up trying to know what is popular.  He said: “I’m so out of the loop when it comes to pop culture that I kind of don’t even try anymore.   Only heard Justin Bieber for the first time two weeks ago. I genuinely thought it was a woman singing. I’d never heard it before.”

While the 21-year-old star admits to being clueless about current music, he could soon be a chart rival to Justin after admitting he has been having singing lessons and honing his vocal talents by singing in karaoke bars with his ‘Harry Potter’ co-stars.   He told MTV News: "I love karaoke. I am one of those people [who says], ‘No, no, I can’t, I couldn’t possibly, no I won’t… all right, give me the mic!’ And then I’m elbowing other people out of the way to get to the stage.”

Speaking about a recent karaoke night, he added: “I sang Elvis Presley’s ‘Hound Dog.’ That, and then I did ‘Feeling Good’ by Muse. That was my proudest moment, because I actually did that rather well. I was really pleased, because I can sing.   “I’ve been having singing lessons for two and a half years. I’m not amazing, obviously, but I’m all right."