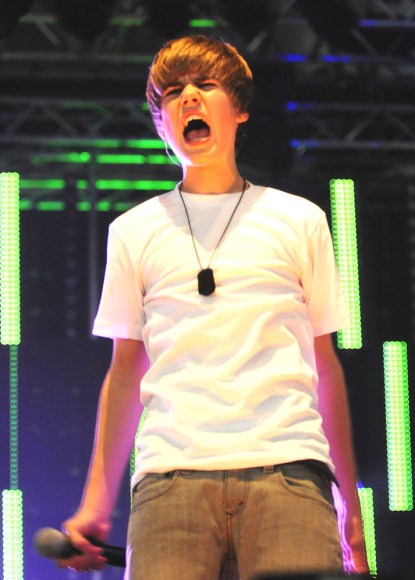 A member of the Justin Beiber security team has said that Justin is getting hard to handle.  Apparently little Justin is getting paranoid and needs to be shielded from fans and people he doesn’t know in general.  He is jumpy and starting to snap at everyone according to the source.  He ignores his mom’s advice and is always screaming at everyone.  Hey – doesn’t it sound just like the Beiber Boy is going through adolescence?

Additionally, he is getting upset at airports when other passengers ask him for autographs and try to talk to him.  Justin flys NetJets which is an elite semi-private way to travel but apparently is not exclusive enough for Justin who is now in the market for a private jet, like a G4.  One thing this assures is that Justin will making lots of performances – the Gulfstream models Justin is looking at are going for $58.5 million dollars.