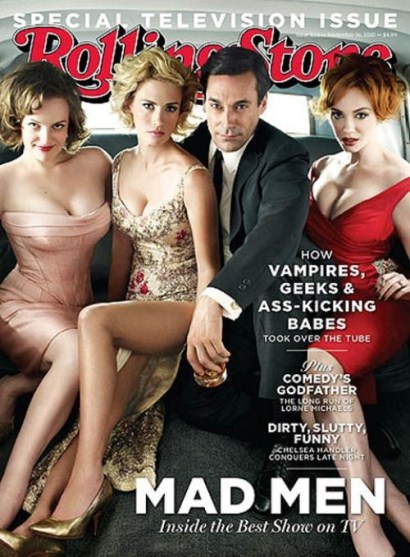 The TV show – which follows the employees of an advertising agency in 1960’s New York – picked up the Best Drama prize and the Outstanding Writing for a Drama Series, won by Matthew Weiner and Erin Levy.   John Hamm, one of the starts of the show, said: “It was completely unexpected. The quality of the nominees this year was phenomenal.”

Rolling Stones gets close and personal with the stars in the magazine but the cover itself has been greatly photoshopped from Elisabeth(Peggy)’s new smaller waist to January Jones’ strange looking leg and Jon Hamm’s missing legs LOL.  Regardless of the photoshop disaster I love the shoe!  What do you think of the cover?   Do you watch madmen?