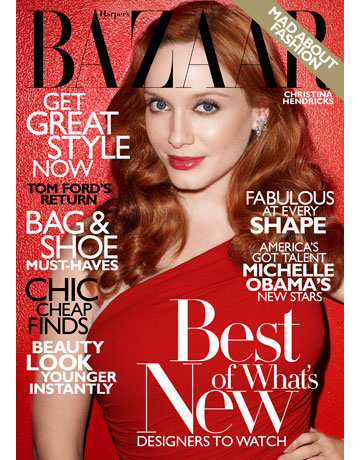 On the different types of attention she gets:

On helping change standards of beauty:

During Mad Men’s first season, she and Arend were at dinner when a fan approached her and said, “‘Excuse me, I just want to tell you that I watch your show, and you make me feel better about myself. I am a curvy woman, and you’ve made me feel sexy and beautiful.’ I got teary eyed.”

On her modeling career:

At five foot eight and a size 4, Christina made a good living modeling. One day, however, her agent asked her to lose 10 pounds. “I remember thinking, You’re crazy! I said okay, but I didn’t do it. It seems that models have gotten smaller. I was a 4, but now they’re a 0 or 2.”