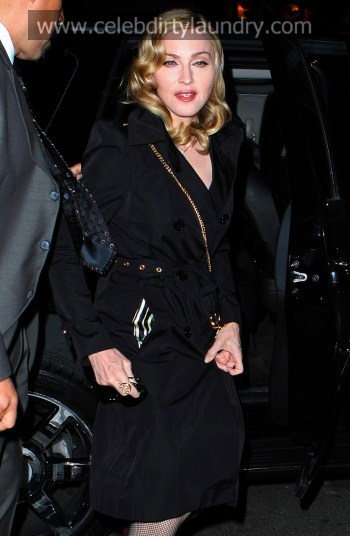 Madonna 51, is directing the movie – a two-tier tale about Britain’s King Edward VIII’s relationship with American Wallis Simpson and a modern story regarding a woman called Wally Simpson – and is hoping the film will prove to ex-hubby Guy Ritchie she is a force to be reckoned with in the movie business.   A film insider told the Daily Mail:

“Mrs Simpson is played by Andrea Riseborough and Wally Simpson by Abbie Cornish.   “They are two very strong female parts. This is a film about the strength of the so-called weaker sex. It’s fitting that Madonna’s directorial debut should be this way – and it is no coincidence.  “Guy made no secret of his views of Madonna as a dreadful director when they first went to Malawi together and she made a documentary about it. The film almost feels designed to show Guy who’s boss.”

Filming on the biopic began at The Abingdon pub in the posh London suburb of Kensington yesterday (20.06.10).    As well as directing the project, Madonna also took part in the writing of the screenplay for the film, which is due for release in 2011.