Maksim Chmerkovskiy Thanks His Bullies 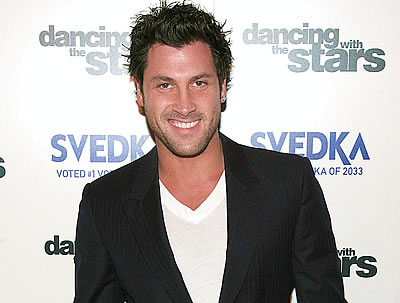 With all of the anti-bullying messages going around, Dancing With The Stars hot piece Maksim Chmerkovskiy has another take on it. He says that he thanked his bullies, even though there was a rift with them during his school years.

Maksim came over to the U.S. from the USSR when he was only 14-years-old, and says that due to the language barrier and his love of dance, he was picked on for his lunch money.

He said, “I was always small and skinny. I’d sit at the back of the room in school because I didn’t have many friends, because I had different interests…There was the usual sexuality-related stuff, people calling me gay. When I’d say I danced, people would act like I was diseased. Halloween sucked for me, as my windows would be egged. It hurt and was very upsetting. I was absolutely picked on. When we moved to the U.S., my second day I was beaten up and had my roller blades stolen. I was 14. But all that was an invaluable lesson to me in determination. What doesn’t kill you makes you stronger!”

Still, through all of the torment and ridicule, Maks doesn’t take it to heart now. He said, “I went out a few months ago and ran into some kids I went to school with who were in cliques I didn’t belong to. The guys came up to me and said, ‘Maks, mad respect! We always knew you’d make it.’ I was like, ‘That’s funny. When you bullied me for my lunch money, it didn’t sound like you were respecting me.’ They apologized. I credit my success to the kids who beat me up!”

He added, “Bullying is upsetting and shameful, but the shame is on the bully. My advice is to find a place you can go to where you feel you belong…Change your environment if you have to. Start over. Your life has too much of a price to throw it away!”