Matt Lauer Is Not Backing Down On His Kayne West Interview 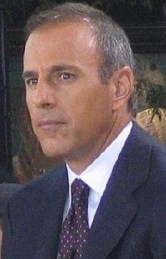 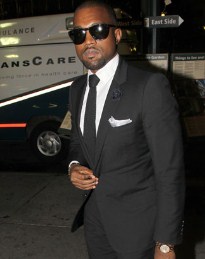 In jail there is a rule that you be very careful before calling someone a “rat” or you may be thought of as one yourself.    The same holds true for the pejoritive “racist” which Kayne West was quick to use on President George W. Bush – who is really the racist here?   I say its Kanye West.  Despite making a partial retraction of his repulsive and false statement to Matt Lauer on “Today,”  West remains outraged, saying he was tricked, duped, forced, etc. into being a decent person and admitting that Bush could not reasonably be called a racist.

Matt Lauer is perfectly correct in saying that nothing was taken out of context in the interview – after all West does say “I would tell George Bush, in my moment of frustration that I didn’t have the grounds to call him a racist.”   But that is not good enough for West – he seems ashamed that he admitted that Bush is not a racist as his twittering yesterday made clear.

Much too much attention is being given to this small-time rapper who seems to get attention for everything but rapping – whether embarrassing Taylor Swift.   Beyonce, and himself at the 2009 VMA’s or calling a President a racist who doesn’t care about black people, this man is a complete jerk.   And if I had to bet on it – I’d say he was a BIG RACIST!