Mel Gibson Admits To Slapping Oksana Because She Was Hysterical 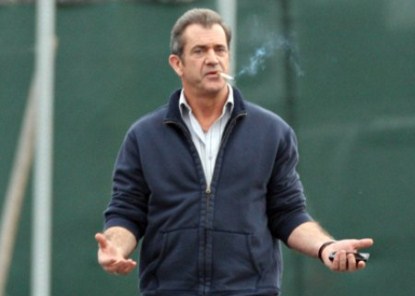 Oh what a tangled web they weave, as they practice to deceive comes to mind when I hear about Mel Gibson and Oksana Grigorieva.  In a declaration to the court Mel paints a different story to the story Oksana is telling everyone who will listen.   Mel Gibson is claiming that he did not punch or knock out two of her teeth as Oksana  claims but he did indeed slap her.  According to Mel, Oksana was hysterical during one of their many arguments and endangering the life of their child Lucia.  Consequently Mel slapped her opened handed to calm her down and bring her back to reality.

TMZ is reporting: Mel says Oksana then “spun around,” ran into her older son’s room and then out into the backyard. Mel says the yard is dangerous at night, set on different levels and dimly lit.   Mel says he implored Oksana to bring Lucia back inside, and that’s when Oksana ran back into her older son’s room, and “started swinging Lucia erratically in her arms, jerking her body from side to side to keep Lucia out of my reach.”  Mel adds Oksana was “hysterical” and her “rapid movements were causing Lucia’s little body to be flung from one side to the other, her head shaking violently.” Mel says he feared Shaken Baby Syndrome.  As she refused to hand the baby over and continued with “rough and erratic movements,” Mel says, “I slapped Oksana one time with an open hand in an attempt to bring her back to reality. I did not slap her hard, I was just trying to shock her so that she would stop screaming, continuing shaking Lucia back and forth.”

I can’t say I agree with him slapping her no matter how crazy she was.  That still constitutes domestic abuse no matter what the circumstances.    However, if someone was shaking my child I might have done a similar thing – I would imagine his first thought was the safety of Lucia if this is true.  Still it sounds like these two had a very dysfunctional relationship and they are better off without each other.  So does Mel’s explanation ring true or is this just an attempt to justify his possible abuse of Oksana.  I have to say I don’t know anymore.