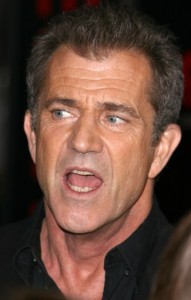 Detectives are investigating an alleged $15 million mediation deal between Mel Gibson and his ex-girlfriend Oksana Grigorieva.   The Los Angeles County Sheriff’s Department is investigating the matter in relation to both Mel’s extortion claim against the Russian singer and Oksana’s domestic violence claims against the actor, according to gossip website TMZ.

It is believed Oksana- who has a nine-month-old daughter Lucia with Mel – promised not to release explosive audio tapes documenting their vicious arguments and alleged attacks made by the Hollywood star as part of the mediation agreement.   The $15 million deal – which Oksanaultimately rejected – included child support, a house and other assets in return for keeping all “evidence” associated with the case confidential.

A source connected with the mediation said: “Oksana and her lawyer pulled out all the ammo they had that would embarrass Mel, and now things are surfacing after the fact that call her credibility into question.”   Oksana claims to have photographic evidence of a black eye following a January 6 fight with the 54-year-old actor.

The close-up shot allegedly shows the 40-year-old beauty with deep bruises around her left eye.   Sources involved in the mediation say Oksana never mentioned a black eye or the photos during discussions.   Sheriff’s investigators are looking at all the claims and evidence to evaluate Oksana’s credibility and to determine if there is proof of extortion.   Meanwhile, Oksana Grigorieva has appointed a new public relations manager Howard Bragman after her last publicist Steve Jaffe quit on Wednesday (28.07.10).