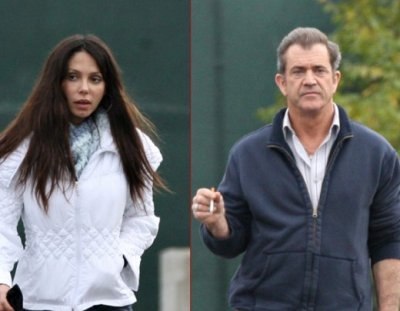 Mel Gibson will be in L.A. County Superior Court Monday with his lawyers to attempt to gain sole custody of Lucia – they will argue that Oksana Grigorieva is a danger and harm to the little girl because she is going on a public campaign to smear and damage Mel against Judge’s orders – indicating great instability.  Facts are Mel is correct – Judge Scott Gordon ordered Oksana to remain silent on the case last week but Oksana totally ignored his warning and was on Larry King blabbing about the case!  Oksana can’t shut up and the email to her lawyer proves that her campaign is one of public humiliation for Mel to try to get more money.

As TMZ reported, Mel also wants Judge Gordon to give Oksana supervised visitation only and no overnights with the baby … at least for the time being.  Sources tell us … Mel will ask the judge to make the order last for six months, after which the issues can be revisited.

Oksana is a disgusting person and hopefully will lose all rights to everything!  She makes it harder for women who are truly set upon by brutal husbands.  She is making a mockery of the justice system and we hope Mel wins!  Mel is not perfect – he has his racist slur moments after all – but Oksana seems to be the much worse character.