Michael Bolton Returning To Dancing With The Stars

BY Roberta Ferguson on October 5, 2010 | Comments: 3 comments
Related : Dancing With the stars, Dancing With The Stars Season 11 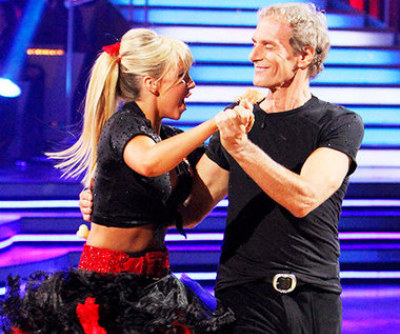 Last night, we learned that the second contestant to get the axe on this season’s Dancing With The Stars, Michael Bolton, is set to perform on tonight’s results show!

Michael did a obviously awful doghouse Jive on the first episode of the show, landing him an awful score of 12 points. Bruno said it was the worst Jive he had seen in eleven seasons on the show. Michael then retorted that Bruno was being disrespectful and demanded an apology from the judge.

The show’s official position on BrunoGate was that Bruno didn’t owe any apology to the singer because he was only doing his job.

Now, in the next step of keeping this feud going for ratings, they have invited Michael to sing on tonight’s show. So the drama will be on tonight at 9PM. Will you be watching?