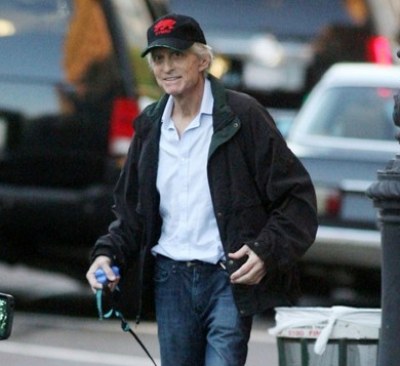 Michael Douglas has been putting up the fight of his life against throat cancer he is suffering.   The National Enquirer was recently reporting that Michael Douglas had three months to live and now there are new reports that he collapsed in his New York home and was rushed to the hospital.

“He quickly came to his sense, but knew he needed to get himself checked out. He had a driver take him to Sloan-Kettering Cancer Center to see his doctor. It was a frightening moment, and he didn’t want to worry Catherine. After being examined, Michael was allowed to return home.”

Meanwhile his rep is saying the story is all lies!  How digusting people are to make up rumors like this.  Michael needs our support at this time not silly rumors.