Will They Ever Leave Michael Jackson to Rest In Peace? 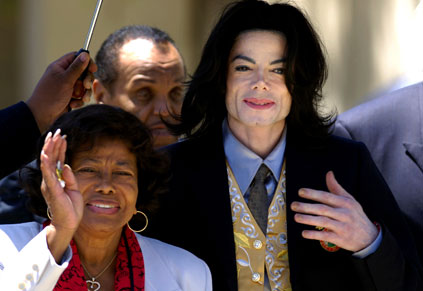 With talk of Katherine Jackson’s purported appearance on Oprah my first reaction was a visceral distaste – a feeling of disgust that made me want to speak to Michael Jackson’s Mom and tell her “don’t go!”

Tell her to preserve what is left of her son’s honor and dignity. To not expose his memory to the withering rapacious gaze and questioning of ratings-hungry Oprah and her public. No good can come of this.

Other members of Michael’s family have already jumped at and created opportunities to capitalize on his great fame. From wrongful death law suits filed by father Joe to absurd retrospective Las Vegas shows headed up by brother Jermaine Jackson to a growing queue of supposed children of the late superstar, the list of people trying to trample on Michael Jackson’s past life for profit continues to grow.

This is one reason why we hoped that his mother, of all people, would show a touch of class and stay out of the public eye. Can she really believe that appearing on Oprah is likely to do any good for her late son’s reputation? Does Katherine not see how horribly low-class it is to go on television and speak about her late son?

Someone of Michael Jackson’s stature, the person who defined pop music for several decades and remains the inarguable and absolute king of the genre, at a minimum deserves complete respect from his mother – and this means not being talked about in form in front of many millions of people on television.

Katherine, please look deeply within and ask yourself: would Michael want me on Oprah talking about him? Would my darling son, who tried so hard to maintain a modicum of privacy while he lived, be pleased having his mother, of all people, on Oprah. The answer is an obvious and loud “NO.”

Katherine should show Michael just a touch of the tremendous class that he invariably displayed during his amazing, yet often sad, and tragically aborted life.

Article first published as Will They Ever Leave Michael Jackson to Rest In Peace? on Technorati.