Michael Lohan Bashes Ex-Wife Dina… And He Is Right! 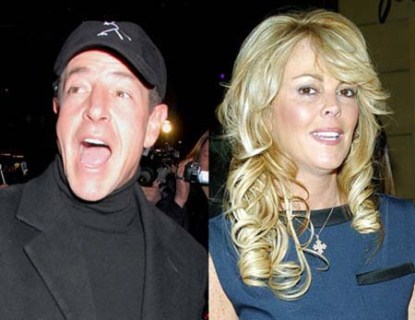 Once in a great while even a leopard can change his spots – and this is the case now with Michael Lohan.  Daughter Lindsay Lohan is in big big trouble after coming in past curfew to her sober house at Betty Ford and refusing to take a breathalyzer test upon her return.

Lindsay took the test many hours later the following morning, but by this then any alcohol would not be picked up by the test.  Refusing the test is in clear violation of Lindsay’s condition set by Judge Fox and places her in danger of going to jail for 6 months.

As it turns out it was her mother Dina Lohan who told her to refuse the test saying ‘nobody can force you to take a breathalyzer test.”  Well mom was dead wrong and now Lindsay is in deep trouble because of the bad advice.  Furthermore what was Dina the dolt doing having Lindsay out past curfew – and at a party with alcohol no less?

“Dina made the mistake of being overheard telling Lindsay — and the other girls — not to take a drug test,” Michael told RadarOnline.com, in an exclusive interview.  “It’s enabling even in rehab. How sad. Are you kidding me? If this was all handled the right way, with honesty, none of this would have happened.

It seems that when good responsible parents were being handed out, Lindsay was at the back of the line – actually she got in the wrong line altogether!  She was probably stoned… .