Michael Lohan Charged With 2nd Degree Harassment By His Ex-fiancee 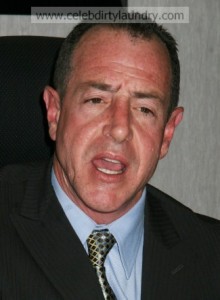 Michael Lohan – the father of incarcerated actress Lindsay – was charged by the Southampton Police Department and will be formally arraigned on August 18, according to gossip website TMZ.  It relates to an apparent violent showdown between Michael and Kate Major at their home in Southampton, New York, on Monday (19.07.10).  If he does not appear for his arraignment a judge is allowed to issue a bench warrant for his arrest.

Michael, 50, denies all of the accusations made by Kate and has released a statement, via his attorney Lisa Bloom, which says:

“Michael Lohan 100 per cent denies each and every one of Kate Major’s allegations. He has never threatened to harm her, never assaulted her, and never physically abused her in any way.   “Kate was heavily intoxicated during the verbal argument between Michael and Kate in the early afternoon on Monday. Michael Lohan has been clean and sober for six years.  “Michael Lohan is fully cooperating with the police investigation. No charges have been filed. He expects to be fully vindicated.”

Former magazine reporter Kate claims he threw her off a chair and kicked her in the face during an argument and has reportedly filed a restraining order which will prevent her ex-partner from contacting her or going anywhere near her.