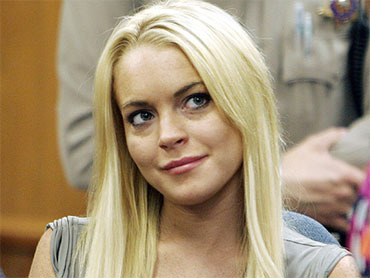 A story was released today claiming that the Betty Ford Centre had broken up a drunken party that Lindsay Lohan and her roomates had in one of the centre’s halfway house.  Lindsay was suppose to have been moved back to the main facility for more intensive therapy and so they could keep a closer eye on her.  Lindsay’s Dad Michael Lohan says the story is a total fabrication:

“There was never a party at Lindsay’s sober house,” Michael explained. “The situation arose as Lindsay and two other girls were on a pass. Lindsay was getting her hair done while the other two girls went their own way. When it was time to get back, Lindsay and the two girls had a problem meeting up, to which they wound up being 10 minutes later back to the property.”  He called rumors of failed sobriety tests “totally false.” Lindsay and the other two girls tested negative for drugs and alcohol ,”  he added.

“While I do not know the whereabouts of the other two girls, I do know that Lindsay has been moved to a secret location and is still actively involved in the program- and honestly doing better than ever.   “She had me in tears last night when I saw her: she is doing incredibly well and I am so proud to be her father.”

My only comment on it is – we will see!