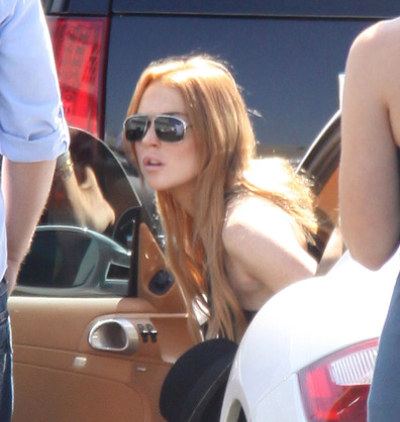 Leave it to Michael Lohan to be an enabler for his daughter, Lindsay. Perhaps he’s still trying to get back in her good graces?

Michael says that he doesn’t blame Lindsay for her failed drug tests and says that he believes none of this would have happened if he were a regular part of her life.

He’s throwing the blame on her enablers, but what he’s failing to realize is that if he continues to lay blame elsewhere, that’s exactly what he’s become….an enabler.

Lindsay is reportedly due in court sometime this week to answer to charges of failing her drug tests for cocaine. She’s trying to play it off like she’s still a work in progress and is making a good show for the judge by attending AA classes before her court appearance.

Do you think she’ll go back to jail?