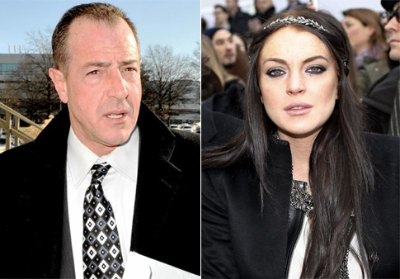 Michael Lohan loves his daughter so much that he has commissioned a singer to write a song for her.

He was said to have commissioned Delious Kennedy, a member of All-4-One to write a song called, My Rose. The song is a companion piece to her song from 2005, titled, Confessions of a Broken Heart (Daughter To Father). The song is about a “talented and beautiful young lady who has grown in our hearts, she is badgered by paparazzi, cut down by the media.”

Kennedy tells TMZ the song — entitled “My Rose” — is a club track with a dance vibe like Usher or Lady Gaga. Kennedy says he recorded the song last week, played it for MiLo last night and he “loved it.”

Kennedy gave us a sneak peak at the chorus, which goes something like this: “The girl is like a rose garden. She falls back, springs forth and grows stronger with thorns.”