Michael Lohan Is Prepared To Drop His Planned Conservatorship Order 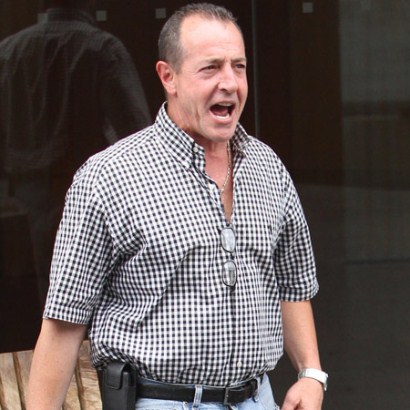 Michael Lohan – who is preparing to petition for the order which, will give him control over the actress’ personal and professional affairs – has revealed he will not proceed if his estranged daughter Lindsay Lohan and her mother Dina Lohan agree to family therapy.

He explained: “I just want Lindsay to get better. She needs family therapy and Dina is the only one stopping it from happening. If they really care about Lindsay, they’ll meet with me.”

Michael – who has had a series of public spats with the pair – admitted he is even prepared to stop discussing his family’s affairs in public if the family therapy goes ahead.

He added RadarOnline.com: “I’ve reached out to Blair Berk, Lindsay’s former attorney, in a bid to get myself and my attorney at a meeting with her manager Lou Taylor.    I want to sit down with Lou and Dina and keep everything out of the press and out of the courts.”

Lindsay failed two drugs test earlier this month following a previous stint in prison and rehab – where she was sent after violating the terms of her probation for a 2007 driving under the influence (DUI) conviction – and was subsequently sentenced to four weeks in jail last month.    However, the ruling was overturned within a day and the Lindsay was released after posting $300,000 bail.

Lindsay has now entered rehab – for the fifth time – and is expected to stay for the full 90 days of the court-ordered treatment programme.