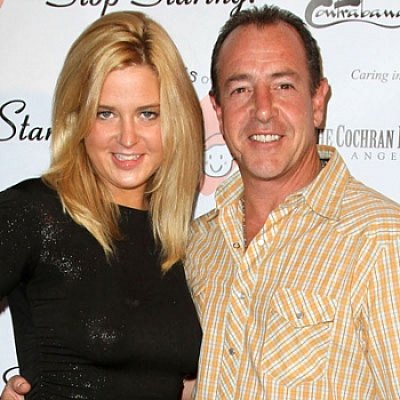 Michael Lohan got revenge on Kate Major by releasing nude photos of her during their engagement, so I can’t imagine why she could even stand being in the same room with him. But apparently that’s what happened Wednesday night.

The two were snapped looking loved up at the Locks Of Love charity event on Wednesday, prompting people to think that they’d gotten back together.

Michael denies the rumors, saying that they were both in attendance at the event because of their links to cancer. He said, “My dad had cancer, her mom had cancer, and unlike a lot of people, she and I are able to get past former discourse in our lives.”

A spy on the scene even said that the former twosome were spotted swapping spit. He said, “There was no kissing! Kate is doing well on her own, I’m proud of her and I am confident that it will continue.”

They’re both famewhores of the worst kind. Obviously, she wants to get back together with him so that she can continue her quest for fame. Why else would she be there, given the fact that he leaked those terrible photos of her?