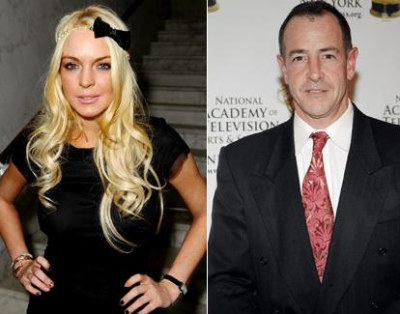 Even though Michael Lohan has said that if his daughter Lindsay was released from the rehab facility early, that she would probably relapse, he has changed his tune.

The father of the year has flip-flopped on his original statement and wants to spring his daughter out of UCLA as quickly as possible. And to think that he and Dina would ever agree on anything, it must be a sign of the apocalypse.

He told RadarOnline, “After reading your post about Lindsay’s release and plans thereafter, I have to say that I agree with her lawyer, Shawn Chapman Holley, the doctors and (I can’t believe I’m saying this) even Dina, that Lindsay SHOULD be released from UCLA’s drug program.”

He also added that he “does NOT offer the treatment Lindsay needed or needs.”

He has previously babbled on and on about how Lindsay is addicted to prescription drugs and how she needed this kind of help. So I’m not sure what his motivation is with this statement. It seems like someone has opened their pocketbook for Mike to change his opinions so quickly.