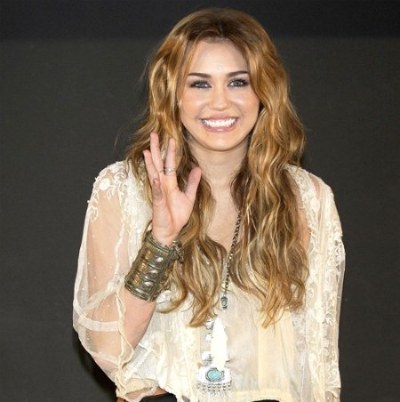 Miley Cyrus must be having a tough time dealing with her parents’ divorce, because she was snapped enjoying a beer while in Madrid, Spain.

She was photographed with some friends at a club in Madrid last night with a Corona in hand, even though the legal drinking age there is eighteen. Miley is only seventeen, but we hear that the drinking laws are rarely enforced there.

TMZ contacted several Spanish authorities who each confirmed the law … and then made it clear that underage drinking is simply no big deal in their country.

One police officer told us … people as young as 16 are cool to consume “certain” beverages in Madrid — but the cop refused to explain what those beverages are.

It’s probably only “cool” because of who she is. This girl could murder baby kittens in the street and all of the people there would probably be like, “OMG, look! It’s Miley Cyrus!” Heck, who am I kidding? She could probably do that here, too.