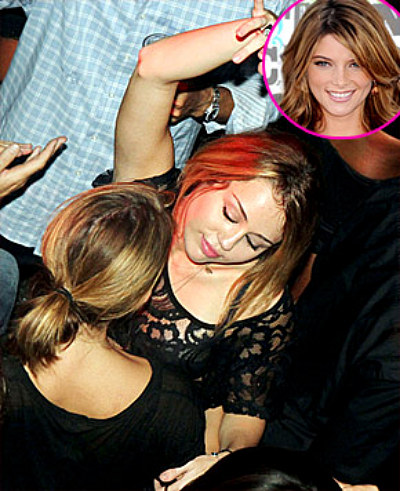 Miley Cyrus is not batting a thousand with the bar scene these days. Being that she’s only seventeen, you would think the bouncers would toss her underage butt out, but that’s not the case.

Miley was partying it up with her LOL co-star Ashley Greene, last night at the VIP Room.

A snitch on the scene said, “She was with one bodyguard and two girlfriends.” The source revealed that the twosome were having a good time, but didn’t act “too crazy.”

What does that mean? They weren’t snorting coke off of guy’s thighs in the private rooms? Or they weren’t drinking like fish while the proprietors turned the other cheek?