Miley Cyrus & Liam Hemsworth Are Back Together 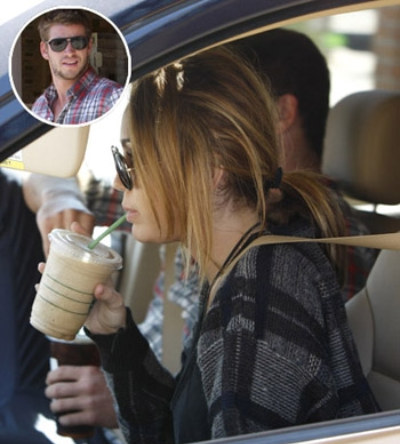 In case you were curious about the love life of a seventeen-year-old pop singing princess, then we’ve got the dirt. Apparently, Miley Cyrus and her too hot for her Australian boyfriend, Liam Hemsworth have gotten back together.

According to reports, Miley and Liam have reconciled, venturing out to Starbucks and having lunch together in L.A. on Saturday.

The twosome first fell for each other on the set of their movie The Last Song and had been dating ever since. Since they broke up, after rumors circulated that he was cheating on her. Then it was said that she was dating her LOL co-star Adam Sevani.

RadarOnline.com found them together in the Studio City district of L.A. Saturday, not far from Miley’s home. They got coffee at a Starbucks drive-through and then stopped at a Panera Bread where Liam ran in and grabbed a take-out order for them both.

When it’s Panera, you know it’s serious. I kid, I kid.