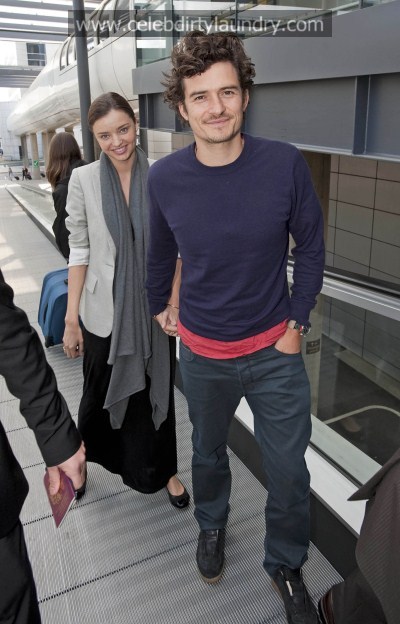 Miranda Kerr – who married long-term boyfriend Orlando Bloom in a secret ceremony earlier this month – is said to have told close friends that she is “thrilled” to be expecting her first child.   A source said: “She’s definitely pregnant… Miranda’s thrilled. She’s telling all her friends, mostly other models, about it.”

The Victoria’s Secret model and her 33-year-old spouse are not planning to make an official announcement about their impending new arrival, but the 27-year-old beauty’s pal insists it will be hard to conceal her news.   The source added to US Weekly magazine: “She poses in lingerie. It will be obvious soon enough.”

Miranda – who is believed to be three months pregnant – has previously spoken about her desire to start a family with the ‘Pirates of the Caribbean’ star, who she has been in a relationship with for three years.   She said recently: “I have always been very open about wanting to be a mother one day. And I’ve always thought Orlando would be a great dad!”   The couple have kept all details of their recent nuptials under wraps, but it is believed they tied the knot in an intimate ceremony in the Caribbean.