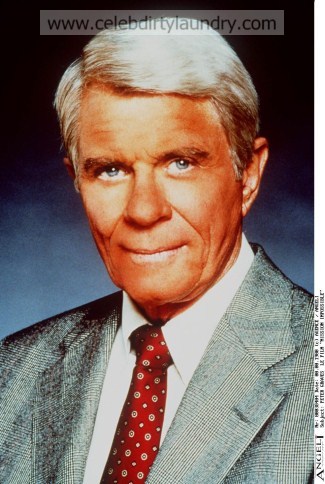 The 83-year-old star – best known for his roles as bumbling airline pilot Clarence Oveur in spoof movie ‘Airplane!’ and special agent Jim Phelps in the ‘Mission: Impossible’ TV series – suffered a suspected heart attack outside his home.   The actor was just days away from his 84th birthday and had been out having brunch with his family to celebrate before collapsing as they returned to his house. One of his children attempted to resuscitate him but he was unresponsive.

Peter – whose real name was Peter Aurness – starred in more than 70 TV shows and movies, including 1953 classic film ‘Stalag 17’, in which he played an undercover Nazi spy, and hit western television series ‘Fury’, where he played a horse rancher who befriended an orphan and which ran for five years until 1960.   Despite his advancing years, Peter – who has also voiced a number of documentary shows – recently insisted he had no plans to retire.

He said: “There has got to be some good parts around for guys my age.”   He is survived by his wife Joan, their three daughters – Kelly, Claudia and Amanda – and six grandchildren.   Photo: Fame Picture