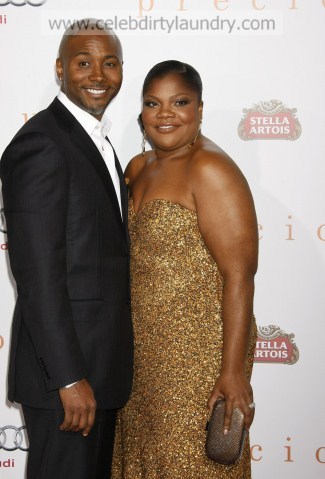 The ‘Precious’ actress – who has been married to Sidney Hicks for the past 25 years – claims they have an open relationship which wouldn’t be destroyed if he were to have an affair.   Speaking on the Oscar night edition of ‘The Barbara Walters Special’, she said: "Could Sid have sex outside of his marriage with me? Yes. That’s not a deal-breaker. That’s not something that would make us say, ‘pack your things and let’s end the marriage.’ "

The 42-year-old star – who is favourite to win Best Supporting Actress at the Oscars on Sunday night (07.03.10) – said it was because she had been with Sidney so long that she would still feel "comfortable and secure" in their relationship no matter how unfaithful he was.   She added: "What if it’s 20 times? So what? We’ve been best friends for over 25 years, and we truly know who we are. Oftentimes, people get into marriages and they don’t know who they’re laying next to. I’m very comfortable and secure with my husband."

Mo’Nique – who famously showed off her hairy legs at the Golden Globes – also claimed Sidney “loves the hairy legs” and that “I’m 42 and very hairy.”  Photo: Flynet Pictures