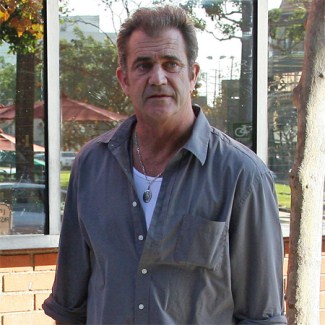 Mel Gibson’s friends reportedly sent him prostitutes in the hope it would end his relationship with Oksana Grigorieva.   The Russian singer’s father Petr Chernukha claims Mel’s relationship with his daughter “irritated” the actor’s circle of friends, and so they arranged hookers to visit him in the hope of engineering a split.

Petr, 66, also alleges the Mel Gibson – who is currently being investigated by the Los Angeles Department of Children and Family Services over claims he attacked his former partner in front of their ten-month-old daughter Lucia – also reportedly hit Oksana’s 12-year-old son Alexander, her child with actor Timothy Dalton.

He told The Sun newspaper:

“They brought prostitutes for Mel to his office and even to their house when Oksana was away. Mel was openly jealous of the attention Oksana gave her son. He hated Alexander and even hit him once.   “After that Oksana did her best to avoid them being together.”

Mel and Oksana have been locked in a bitter custody battle over Lucia since separating in April.   In the wake of their split, audio tapes have been leaked which apparently feature Mel verbally abusing and threatening Oksana.   The Russian singer has accused Mel of hitting her in the face, breaking her teeth, and threatening to kill her.