Nadya Suleman’s Father To Blame For Her Money Troubles? 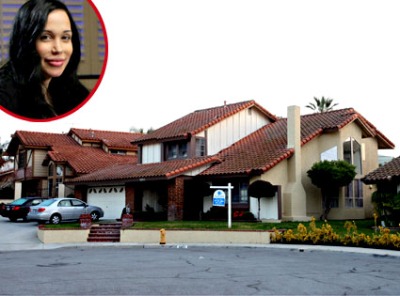 Nadya Suleman’s landlord Amer Haddadin blames her father and lawyer for all of her money troubles. He claims that the two of them breached a contract with him when they transferred the title to her house to a corporation owned by her attorney, Jeff Czech.

Nadya has until December 31st to come up with the balloon payment of $450,000 or he’s gonna toss her and her 800 kids out on their butts. He said, “Look, I do not blame those kids. It is the attorney and her father — if she cannot afford to make the payment she will have to leave – she cannot stay for free. I will make sure that everything is done legally with the courts as I push forward with the eviction process I’m determined to see this process through now.”

He claims that her father breached the contract by transferring the deed to the property to Harmony Enterprises Corporation, a company ran by her lawyer. He said, “The title has been transferred to her lawyer’s name from her father and that is a breach of contract – they cannot do that the terms are quite clear. Nadya Suleman has been paying $4060 a month and she is currently up to date on her rent but she is late with the balloon payment.”

He went on to say, “This is not a publicity stunt I want them out of that house by December 31, 2010, I’m fed up dealing with them now. And I will get an eviction order if necessary to get them removed – I am very angry and do not deserve to be treated this way. The balloon payment was actually due on October 9, 2010, but nothing was paid. She has lived in that house for over a year and a half now.”

I can’t say that I blame him, his sympathy can only go so far. What do you think?