Naomi Campbell Has Confessed She Did Receive “Blood Diamonds” 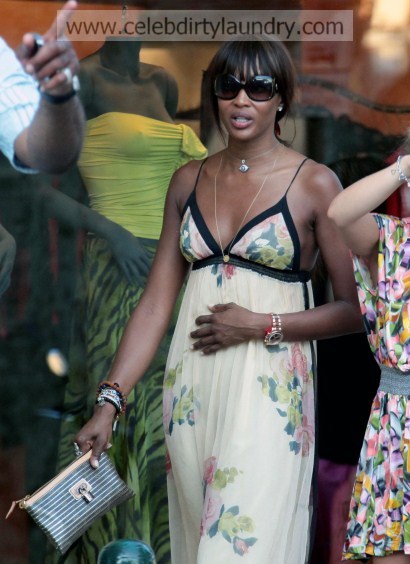 40-year-old supermodel Naomi Campbell revealed she received “dirty pebbles” while testifying at the war crimes trial of Taylor in The Hague, Netherlands.  Naomi was subpoenaed to give evidence after actress Mia Farrow – who has also been called to trial – claimed the model told her she had received jewels as a personal gift from Taylor during a party held at former South African President Nelson Mandela’s house in September 1997.

According to Mia’s previous allegations, Naomi “told us she had been awakened in the night by knocking at her door. She opened the door to find two or three men – I do not recall how many – who presented her with a large diamond which they said was from Charles Taylor”.  During her testimony, Naomi stated she was given a pouch with some “dirty little pebbles” but denied receiving a “huge, uncut” diamond.  She said: “The next morning at breakfast I told Ms Farrow and (her former agent Carol White) what had happened and one of the two said, ‘That’s obviously Charles Taylor’, and I said, ‘I guess that was.’ ”  She continued: “There was no one else at the dinner who would have given diamonds as a gift.”

The 40-year-old model is now fearful of her safety after being ordered to give evidence against Taylor.    She said: “I don’t want anything to do with it. I care about the protection of my family.  “This is someone (Charles Taylor) that I read up on, on the internet, that’s killed thousands of people allegedly and I don’t want my family in danger in any way.”  Taylor has been on trial since 2008 for crimes against humanity, after a bloody campaign he waged in Sierra Leone between 1997 and 2001, during which time he is alleged to have been involved with ‘blood diamonds’.  A ‘blood diamond’ – also called a ‘hot’ or ‘war’ diamond – is a jewel mined in a war zone and sold to aid warlord activity or invading forces’ campaigns.   The trial continues….