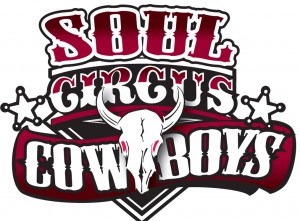 Look out country music fans….the Soul Circus Cowboys are here to stay!  On Tuesday, July 20th, 2010, this sensational and versatile band will re-awaken the music lover inside all of us with a performance on the CW Network’s “The Daily Buzz” program between 6 and  9 AM EST.

“We are very proud to be launching songs from our debut CD on the ‘The Daily Buzz’ for a national audience,” stated lead singer, Billy McKnight. “One of the songs performed will be selected for our next radio promotion.”

“Soul Circus Cowboys would like our fans to go to our website and give us feedback on which track to release first,” continued McKnight.

After the band’s appearance on the “The Daily Buzz,” Soul Circus Cowboys will head back to Nashville in order to perform for music executives and make a final decision on song release dates.

The music of Soul Circus Cowboys is produced by the legendary Henry Paul (former front man for groups like Blackhawk, Outlaws and the Henry Paul Band).