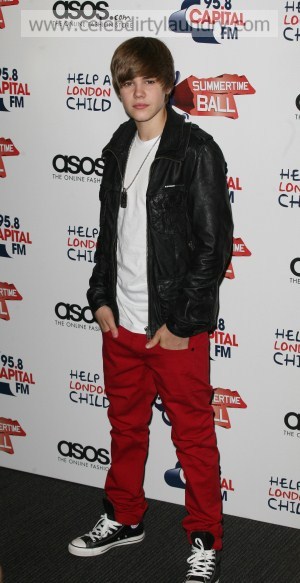 16-year-old singer Justin Bieber admits he is keen to find a girl to spend some time with, but she has to fit the mould.   He said: “I like someone who’s funny, confident and not afraid to be herself.”     Justin also revealed he is not keen on girls wearing Ugg boots or oversized sunglasses.

He revealed: “I think Uggs are ugly. And I think big sunglasses are kind of overrated. I like big sunglasses but not those huge, round ones.”   Despite being picky about what a girl wears, he may have little time for a girlfriend, as by the time he turns 17 he hopes to be busy with his career.   He told Seventeen magazine: “I would like to have a second album out and be touring, and hopefully have my own charity by then.”

The ‘Baby’ hitmaker was recently revealed as being a big fan of searching for news about himself on the internet.   Sean Kingston – who worked with Justin on the song ‘Eenie Meenie’ – revealed the teen star enjoyed looking himself up.   He said: “Justin does that, he loves to Youtube himself and Google himself, I’m not like that.”