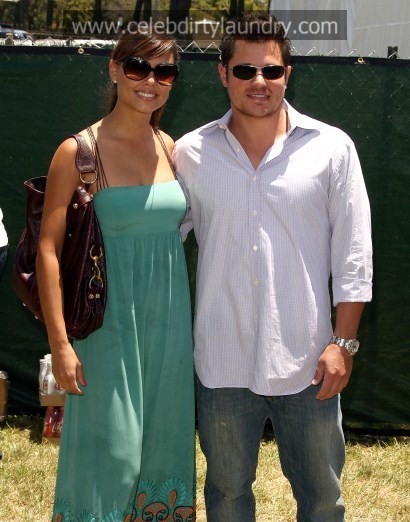 Nick Lachey – whose marriage to Jessica Simpson was chronicled in four seasons of fly-on-the-wall series ‘Newlyweds’ – insists his previous experiences haven’t put him off doing a similar programme with long-term partner Vanessa Minnillo, but admits he has not been approached to do so.  LOL seems Nick did not learn from his past mistakes.  The reality show was a disaster for his marriage with Jessica.

“It’s four years now. She’s probably the most unique woman I’ve ever had the pleasure of knowing. She’s feminine and beautiful and sexy and she’s also probably the most powerful person I’ve ever had the opportunity to know. She’s very unique, headstrong, passionate… a great girl.   “She’s a leader, a go-getter, not one to sit back and let things be dictated to her. She and I are very much alike, two fiery people. We have the same birthday [and] we’re very similar personalities, which is great. She’s the most unique and special person I’ve ever known!”

However despite the words of love, Nick said the couple have no marriage plans yet.   He told America’s OK! magazine: “I’m sure at some point I will get engaged but not even I know when that moment will be.”  Nick and Vanessa split up briefly in 2009 to re-evaluate their relationship but got back together a few months later.