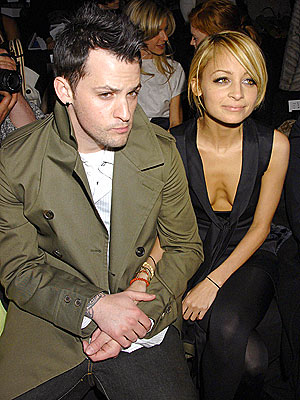 Nicole Richie and Joel Madden are not single anymore. The two got married Saturday night in Beverly Hills, CA. Nicole wore a Marchesa gown and was surround by her friends and her father Lionel Richie. Joel’s Good Charlotte twin brother Benji, was reportedly the best man. Their children Harlow and Sparrow were part of the ceremony.

Radaronline reports: an elephant named Tai was part of the celebration and hundreds of red roses supplied by florist to the stars Mark’s Garden, decorated the tables. All the wedding details were orchestrated by superstar event planner Mindy Weiss. Music legend Quincy Jones, her dad’s good friend and Nicole’s godfather, arrived just before she walked down the aisle. Other guests were brought in by shuttle van from the nearby Beverly Hills Hotel.

Congrats to the Happy Couple!