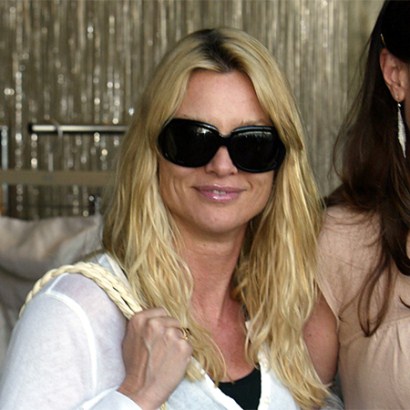 Nicollette Sheridan was told by Los Angeles Superior Court Judge Elizabeth Allen White yesterday (07.09.10) that the case she filed in April 2010 accusing Marc Cherry and network ABC of alleged assault and battery, gender violence, wrongful termination and discrimination based on sex, sexual orientation and age following her axe from the show in September 2008 is valid.   Lawyers for the network argued against the discrimination aspect of the suit, insisting it provided an uncertain cause of action because it combined three separate claims.

However, the judge said: “Although annoying, inconvenient and inconsiderate, the failure to separate the three distinct wrongs does not result in an inability to understand what is alleged.”   She also denied ABC’s request to have some language relating to the alleged harassment from the complaint removed.   The network’s lawyer Adam Levin told the judge both parties had not agreed to mediation, meaning the dispute may now be played out in open court.

In her suit, Nicollette – who is suing for $20 million damages – claimed Marc hit her across the face and sacked her when she complained to network ABC.   The case was originally filed in April, though a month later, the actress made an amendment to say he had given her a “light tap” on the face.

“In December 2008, Sheridan was informed that ABC had fully investigated her complaint and had concluded that she was not mistreated. In fact, the Executive Vice President of ABC Studios, Howard Davine, claimed that ‘Marc Cherry simply gave her a light tap on the side of her head for the sole purpose of providing direction for a scene they were rehearsing.’ With that, ABC decided to take no further action and closed the investigation, informing Sheridan that ‘we will finish off the season in the spirit of professionalism and courtesy that has been the normal course for ‘Desperate Housewives’.’   “However, rather than a season of ‘professionalism and courtesy’, Sheridan was informed in February 2009 that her employment on the show was going to be terminated and that her character, Edie Britt, was being killed off the show.”

At this point, it claims Nicollette was ordered to “break the story” she would be leaving to the press.