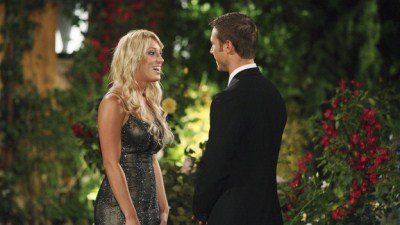 Honestly, when Jake chose Vienna we asked "what the heck is wrong with Jake?"  Vienna has showned herself to be the biggest bitch in the house, not to mention that she was fake, manipulative and not that bright. Clearly Jake was not thinking with his head, he choose lust over love and now he is getting exactly what we expected.

It seems poor Vienna (hmmm) thinks Jake never loved her he was only motivated by "oh no" ratings.  Apparently Vienna has packed her crap and moved out and is not being very complimentary about Jake.  Meanwhile, no one has told Jake she is mouthing off trash cause he says they are going to remain friends.

So Vienna gave back his $50,000 dollar ring (by the way Jake does not get to keep it) and has moved on with her life.  As far as I am concerned Jake can say "good riddance to rubbish" ;-)