Oksana Grigorieva Could Be On Trial Soon! 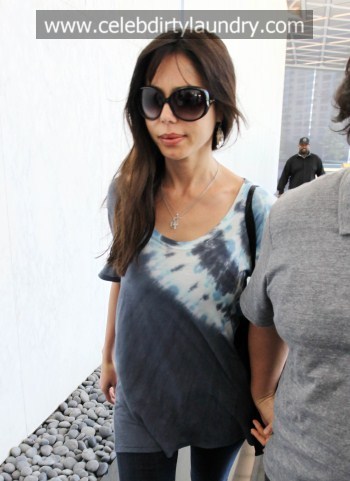 Sheriff’s spokesperson Steve Whitmore of the The Los Angeles County Sheriff’s Department said “Extortion allegations have been brought to our attention and we are certainly going to be looking at that.”   This is yet another piece of the pie that places Oksana Grigorieva at the center of a well organized plot to extort money from Mel Gibson.

Gibson’s lawyer, Blair Berk, presented evidence yesterday to the Sheriff’s Department alleging she and her team have evidence of extortion and that Oksana lied to authorities about various claims.  Apparently there is hard evidence of this extortion attempt.  Oksana’s rep was not available for comment.

We tend to beleive that Oksana is guilty of the worst when it comes to these charges of extortion because of her release of all these tapes of Mel saying “bad” things and the fact that there is evidence of tampering on some of the tapes.    When a woman who supposedly loves you and is your devoted companion is wearing earrings with tape recorders and transmitters so she can catch you making a fool of yourself then her motives are more than suspect.    It would not surprise me to learn that good old Oksie planned to get Mel’s money right from the time they first met and that was her primary motivation in hooking up with him.