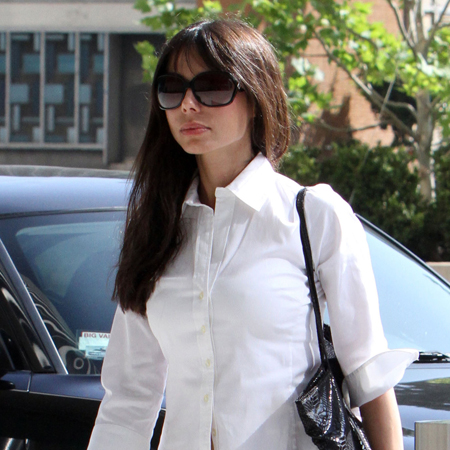 Oksana Grigorieva wants Mel Gibson to pay for her publicist.   Oksana – who is currently engaged in a custody battle with her former partner over their 10-month-old daughter Lucia – is allegedly seeking $84,000 from Mel Gibson to pay for services she needed to turn around the public perception she released secret tapes of arguments between the pair.

Oksana is reported to be asking Judge Scott Gordon to clear the debt she has ensued from the expensive public relations team.   However, according to TMZ, the judge would “never” award the money for PR alone, and would only adjust the current agreement existing between the two in the needs of baby Lucia.

Oksana’s lawyers have already gone to court to ask the judge to up Mel’s monthly payments to $40,000, though the actor is reluctant to pay reportedly wants to pay just $6,000 a month.   Mel’s lawyers insist some of Oksana’s requests – such as he pays for bodyguards – are unnecessary as Lucia is still just a baby.

The former couple have been at the centre of a legal row since tapes were released where he is heard telling her she needs a “f***ing kick up the a*s for being a b***h ****” amongst other obscenities.   He is even alleged to have hit her in the face while she was holding Lucia.

Seems to me the more this situation goes on the more she looks like a golddigger.    How the heck does she think they are going to fix her image?  She has not shut up to the media while Mel has remained more or less silent.  You  cannot make a silk purse out of a sow’s ear!