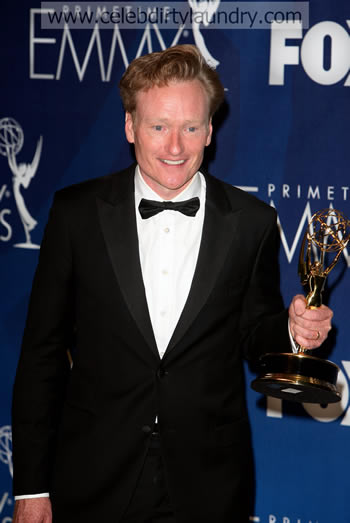 Via PopEater on his final ‘Tonight Show’ appearance, and certainly his final appearance hosting a show for the next seven months, Conan O’Brien joked that he had another ten years to give.

"We’ve a had a lot of fun being here these last seven months, but like everything in life, the fun has to come to an end a decade too early," the comedian joked during his opening monologue "As I set off for exciting new career opportunities, I just want to make one thing clear to everyone listening out there … I will do nudity."    "We have exactly one hour to steal everything in this studio," he joked before launching into various sketches. More Details on His Heartfelt Goodbye at PopEater.