Oprah Winfrey Has Been Named The World’s Most Powerful Celebrity

BY Robyn Good on June 29, 2010 | Comments: one comment
Related : Oprah, The World’s Most Powerful Celebrity 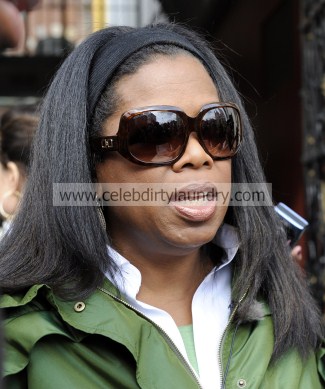 TV star Oprah Winfrey – who fronts ‘The Oprah Winfrey Show’ and is the president of media company Harpo Productions – has topped the annual Most Powerful Celebrity poll conducted by Forbes magazine, knocking Angelina Jolie off the top spot with earnings of $315 million last year.   The 56-year-old star was previously named top of the coveted list in 2007 and 2008, before Angelina – who is now in 18th position – took over from her in 2009.

The 2010 figures also include a number of new stars, with Lady Gaga flying into fourth place with earnings of $62 million, behind Beyonce Knowles with $87 million in second, and film director James Cameron in third with $210 million earned last year.   The Forbes Most Powerful Celebrity list looks at wealth, TV/radio popularity, press rank, web rank and social status – with even twitter followers being taken into consideration.

The 2010 poll placed ‘Twilight’ star Robert Pattinson on the list for the first time, in 50th position following the success of the vampire movies, and after earning $17 million last year.   His co-star and rumoured girlfriend Kristen Stewart came 66th after earning $12 million from the franchise and working on new movie ‘The Runaways’.   Despite a tumultuous year in her personal life, Oscar-winning actress Sandra Bullock was placed eighth in the poll after pocketing $56 million in the past 12 months. She was just behind golfer Tiger Woods, who was placed fifth, Britney Spears, sixth, and rock band U2 – consisting of Bono, The Edge, Adam Clayton and Larry Mullen Jr. – who were placed seventh.

The top 20 Forbes Most Powerful Celebrity 2010 poll and their earnings from the past 12 months: