Oprah’s Gifts To be Re-gifted 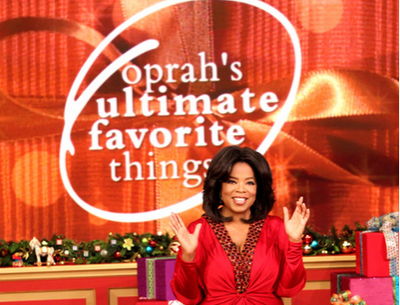 Some of Oprah’s audience members are giving away some of the gifts that they get on the show.  One audience member in particular, Nikki Ivey, won a new Volkswagon Beetle but she is definitely keeping it!  Her generosity goes only so far – but she is donating some of her gifts to her church to be auctioned off to raise money.

TMZ spoke to Nikki Ivey — who walked away from “Oprah’s Ultimate Favorite Things” episode with everything from cookware, to jewelery to music and of course a brand new Volkswagon Beetle — but she told us she isn’t keeping everything. Ivey says she plans to give away some of the items to deserving people — a la Oprah — and plans to sell some of the stuff off to raise money for her church.  Ivey says she’ll be figuring out who gets what sometime in the next few weeks.

Ivey said she prayed for a new car for a long time and her prayers were answered!  Maybe the good lord is closer to TV show audiences these days than to anyone else.  Wonder is that applies to Jersey Shore.