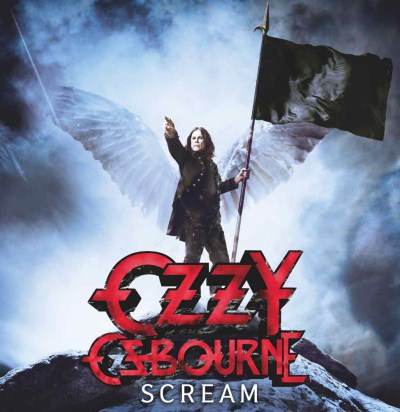 Ozzy Osbourne is set to release "Scream" on June 22nd via Epic Records, his first album in three years and 10th studio album overall. "Let Me Hear You Scream"–the album’s first single–is already Top Five (#5) on the Mainstream Rock Chart and Top Ten (#9) on the Active Rock chart in only its second week on the charts. The fist-pumping anthemic song had its world premiere, during a prison riot scene, on "CSI: NY" Wednesday, April 14th.

"Scream" was produced by OZZY and Kevin Churko, both of whom did the same honors for OZZY’s 2007 worldwide million-seller Black Rain, the album. The multi-platinum, Grammy Award-winning, Rock and Roll Hall of Famer recorded most of the album at his Los Angeles home studio, The Bunker, and co-wrote all the songs, primarily with Churko. Notably, the album marks the first appearance of OZZY’s new guitar player, Gus G. OZZY’s band also features bassist Blasko, drummer Tommy Clufetos and keyboardist Adam Wakeman. OZZY will also embark on an 18-month world tour (dates TBA) in support of "Scream."

Also, all fans who purchase tickets to OZZFest at LiveNation.com through June 18th will receive an email with one unique download link per ticket for Ozzy’s new album, "Scream" on June 21st, the day before the album is available in stores. OZZFest marks the first concerts in the U.S. in connection with the June 22 release of "Scream" (Epic Records), the OZZFest founder’s first album in three years and 10th studio album overall.

Tracklisting includes:
"Let It Die"
"Let Me Hear You Scream"
"Soul Sucker"
"Life Won’t Wait"
"Diggin’ Me Down"
"Crucify"
"Fearless"
"Time"
"I Want It More"
"Latimer’s Mercy"
"I Love You All"

Listen to "Let Me Hear You Scream" streams here: ONE, TWO, THREE