Paris Hilton & Kim Kardashian Are Still Nasty To Each Other 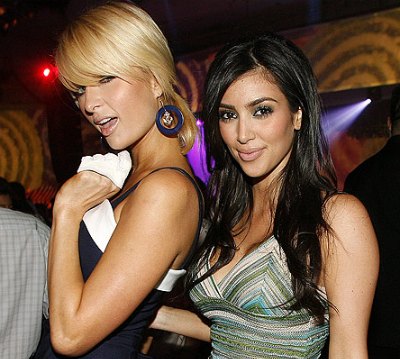 Way back before Kim Kardashian altered her face to chipmunk status and way after Paris Hilton went under the night vision glare for millions, these two were really good friends. Now all that has changed.

Kim was at the two year anniversary party of Lavo in Las Vegas on Friday night. Paris showed up really late and requested the DJ to play her only hit, “Stars Are Blind”.

Oh snap! It’s on now! What Kim fails to realize is that she started out as a hanger-on to Paris. It sucks for Paris that she has to put up with Kim Kardashian, a wanna be!