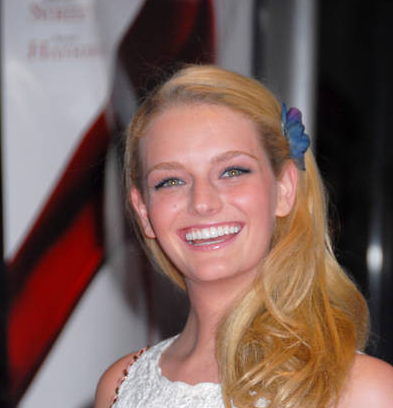 Heiress Lydia Hearst Shaw will play Lindsay Lohan in a comic role in her first big Hollywood role.  As an heir to the Hearst publishing fortune Lydia is not hurting for funds but nevertheless the 26-year-old has already developed a successful career for herself modeling – doing work for Bottega Veneta, Escada and Lord & Taylor for example.

The movie will be entitled Dogs in Pocketbooks and is intended as a satire on the obsession with celebrity.   Screenwriter Charles Casillo said, “Lydia will play a bratty movie goddess in and out of rehab, in trouble with the law, and hounded by greedy agents, predatory paparazzi, off-the-wall stalkers and crazed media — a role obviously based on Lindsay Lohan.”

Joan Collins will star as a high-powered agent in the picture, which start shooting in New York and in Los Angeles in February. Collins said, “The script is a hoot — a satire on the crazed hysteria surrounding show-biz celebrities. I’m playing an aggressive, sexy, powerful woman. For a change.”

Here is something extra – Lydia is dating Jeff Goldblum – and he is basically old enough to be her Grandpa!