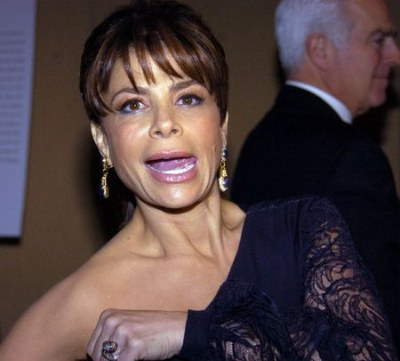 Paula Abdul must have a crystal ball, because NO ONE saw the failure of American Idol coming!

Paula left the show when contract negotiations fell through. Then Ellen DeGeneres opted to do one season and that was all it took for her to realize that she hated it. Then Simon Cowell bounced and Kara DioGuardi got canned. So they did the best thing they could do for shock value: They hired Jennifer Lopez and Steven Tyler, leaving Randy “Yo, Dawg” Jackson as the only original judge left.

According to sources, Paula recently told a friend, “Mark my words, you are watching the death of ‘American Idol’! It’s on it’s last legs! No one can save it!”

And she would be so right, considering they’ve resorted to stuntcasting for their judges panel. An snitch close to Paula said, “She believes it serves them right for letting her walk away. Paula still believes that she was the best thing ‘Idol’ had going for it, and producers let her slip through their fingers by being so tightfisted when she was renegotiating her contract…”

Paula even said this lovely little tidbit, “What goes around comes around. The show could have saved a lot of aggravation and money if they had just given me what I deserved.”

I hope she resurfaces on X-Factor, now that would be awesome.