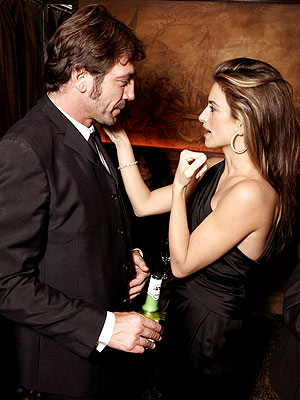 Penelope Cruz has released a statement through her spokesperson confirming she is expecting her first child with husband Javier Bardem.   The 36-year-old beauty was photographed recently with what seemed to be a baby bump while shooting scenes for ‘Pirates of the Caribbean:  On Stranger Tides’ and it has now been revealed she is four-and-a-half months pregnant.

Penelope has been notoriously private about her life, marrying 41-year-old Javier in a secret ceremony in the Bahamas in early July.  However, she has previously confirmed her desire to have children, although she confessed she would be happy to adopt.

“I’d love to have kids. Maybe I’ll adopt about 20 children – that’s been my dream since I was a little girl. I want to have my own kids, but also adopt. For a while I’ve had the feeling that my life won’t be complete if I don’t adopt.  “I think I would be a perfect mother. I love babies.”