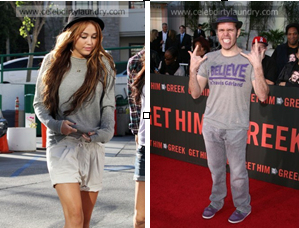 Just 24 hours after Perez Hilton tweeted a provocative picture of Miley Cyrus ‘upskirted,’ oddmakers from YouWager.com are already betting on the likelihood that the blogger will face charges. The photo allegedly showed the 17-year-old getting out of the car without any underwear.  This has caused an uproar with many speculating Perez might face jail time because of Cyrus’ status as a minor.   In an official video statement Hilton is seen in a faux-fur jacket with no pants on where he references Basic Instinct by re-enacting Sharon Stone’s famous leg cross. “Seems like the whole world is thinking I posted a photo of Miley’s vagina without underwear on,” said the self-described Queen of all Media.  “Do you think Miley is that stupid to be out in public without panties?”

Our point is simple – regarless of whether the photo of Miley Cyrus was genuine of photo-shopped it shows what purports to be her naked crotch in full display – and regardless of how much Miley is a non-virgin she is under 18 and thus a CHILD.   Publishing a child’s bare vagina is illegal and when it is done by the biggest name in the blogging world then the authorities need to crack down or expect all of us lesser lights to publish whatever it is we want to with impunity.