Perez Hilton Taking A Turn For The Better? 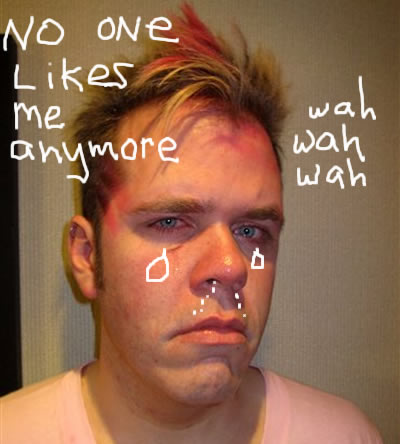 In the wake of the anti-bullying campaigns, celebrity blogger Perez Hilton jumped on the “It Gets Better” bandwagon, asking celebs to post an anti-bullying message to our younger generation.

Since, he got called out for being the hypocrite that he is, because he’s built his entire empire on insults and degradation of celebrities. Except, of course, for the ones that he likes. That may include Britney Spears, Lady Gaga, Cher and Katy Perry, who, at this time, are safe from his scathing remarks.

When he went on Ellen DeGeneres’ show yesterday, he promised to make a change. As he put it, “to be a part of the solution and not the problem”.

And why, you might wonder? Is it because he wants to be the kid on the block that doesn’t pick on celebrities anymore? Probably not. My educated guess is that anyone with a celebrity blog wants to have a popular site based on a more positive angle with celebrities. These sites, however, don’t do that well, and usually flop rather quickly. So now that he has the popularity and traffic, he wants to switch gears.

I call publicity stunt. He had to make a change because his readers weren’t really commenting anymore. So why not jump on the bandwagon and make it sound like you’re really sincere in making a change for the better?

After checking out his website for the first time in ages, I’ve noticed that the nicknames have stopped. But when readers who started reading for his catty remarks stop rolling in, will he resort back to the name calling?